The beautiful St. John's is Canada's most eastern city located in the province of Newfoundland.  It is the capital city known for being warm, friendly, and welcoming.  They are also known to be fun loving people who are funny to the core and are said to have a knack for telling stories.

The name St. John's comes from the Nativity of John the Baptist.  This fishing town has been on maps since 1519 and it is believed to be one of the oldest cities in North America.  The city played a role in the American Revolutionary War, the French and Indian War, and the War of 1812.

St. John's was destroyed by several major fires dating back to 1816.  Each fire destroyed a large portion of the city, and the most notable fires was the Great Fire of 1892.  On the afternoon of July 8, 1892, a fire broke out and spread quickly and engulfed virtually all of the east end of the city, including its major business district.

The town has a strong economy that is directly the result of its geographical location to the ocean.  Beneath the ocean, its resources of oil and gas are a major contributer to the economy.

The city has two prominent cathedrals which are dedicated to St. John the Baptist.  The first is the very ornate Basilica, and the second is the ecclesiastical Gothic Anglican cathedral.

Of great importance, is the infamous Signal Hill Historic Park.  It was once the location where approaching ships were signaled.  It also commemorates John Cabot's presumed landfall in 1897.  There was a struggle for rights to Newfoundland by the French and English in 1762 and incidentally the last shot was fired on Signal Hill.

The downtown part of the town is the cultural hub of St. John's and is a big tourist destination.  With bright colored buildings known as "jellybean row houses", there are boutiques, restaurants, and plenty of nightlife.  The streets are narrow since they were originally carved out by horse and carriage.

​Things to do in St. John's, Newfoundland 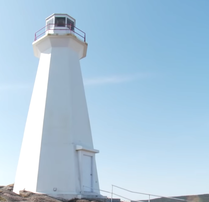 Cape Spear Lighthouse National Historic Site
This beautiful lighthouse wasn't the original as one was operational there in 1810 at Fort Amherst which is the entrance to St. John's Harbour.  In 1832, they created the lighthouse that is currently there on the rocky eastern coast near the entrance to the harbour.  The first to name the the lighthouse were the Portuguese who called it "Cabo da Esperanca" which means "cape of hope".  However, it was eventually named by the French as "Cape Spear".  For more information, check out https://www.pc.gc.ca/en/lhn-nhs/nl/spear/activ/sched 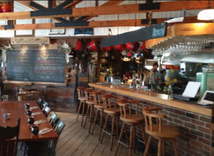 Mallard Cottage
One of the best places to eat in St. John's is Mallard Cottage.  They take dinner to a whole new level and it is an art form in itself.  Housed in an 18th century Irish-Newfoundland wooden cottage, the restaurant is located in a little fishing village called Quidi Vidi located at the edged of the city.  They feature wonderful dishes from the local natural bounty.  http://www.mallardcottage.ca/info.html

​Get to know St. John's, Newfoundland