The Magdalen Islands (Les Iles de la Madeleine) is a small archipelago located in the Gulf of Saint Lawrence.  The name of the island came from Francois Doublet in 1663 who named it after his wife Madeleine Fontaine when he signed for the island.

European Jacques Cartier was the first from Europe to visit Iles de la Madeleine.  The native Mi’kmaqs had been visiting the island for hundreds of years.

Over the years, there have been 400+ shipwrecks on the islands.  Some of the local islanders are descendants of the survivors of those wrecks.  The wood from wreckage was used to build some of the islands historic homes.  The islands are home to some of the oldest English speaking settlements in Quebec like Grosse-Ile, Entry Island, and Old Harry.

The islands remained completely surrounded by ice pack during the winter months prior to the 20th century and as a result, it was was completely impassable by boat.  There was also no form of communication with the mainland.  An underwater cable was installed so people could communicate via telegraph.  However, in 1910, that cable broke therefore isolating the islands once again.  The locals reached out by sending notes in molasses barrels to the mainland.  Once they reached helped, an icebreaker was sent to provide help.

Erosion on the island has become a huge problem since a windstorm in November 2018.  In addition, tropical storm Dorian slammed the island in September 2019 causing even further problems.  By late October 2019, the island was experiencing higher than normal temperatures leading to the reduction of ice cover.  So between the wind, storm and temperature issues, erosion became a significant issue for the island.  Even with the erosion problems, this is a fantastic destination to visit for its unparalleled beauty.  We highly recommend this beautiful destination as a port of call!

​Things to do in Iles de la Madeleine, Quebec​ 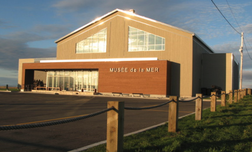 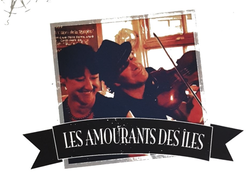 ​Vent du Large
Join Isabelle and Francois for the nightly dinner and concert at the restaurant La Grave.  Local musicians will entertain you as you dine of the finest local cuisine.
​