Founded in 1966, Norwegian Cruise Line is the 3rd largest cruise line in the world and is headquartered in Miami, Florida.  They were originally known as a car ferry service between Southampton UK and Gibraltar.  Norwegian Cruise Lines paved the way for today's mega liners with the acquisition in 1979 of the "France", renaming it the "Norway" and giving it a major refurbish as it was largest cruise ship of the era.

Today, Norwegian Cruise Line operates 17 cruise ships with ore on order.  They are well known for their laid back style of cruising where everyday is "freestyle" aboard their ships.  There is no enforced dress cord or fixed dining schedules to fuss with.  They were the first cruise line to introduce the style of cruising in the industry.  They were awarded the "World's Leading Cruise Line" two years in a row, and "North America's Leading Cruise Line" three years in a row.

Norwegian Cruise Line's New England and Canada cruises will take you to the beautiful province of Halifax, Nova Scotia where you can visit nearby Sable Island known for its abundance of shipwrecks.   One of your other ports will be the very interesting "Europe" of North America, known as the French Province of Quebec City.  Your Portland, ME cruise includes a visit to the city's spectacular High Victorian Gothic and Queen Anne style architecture.  Boston, Massachusetts is another great stop along the way.  It is well known for its great shopping at Faneuil Hall, and the famous bar on the tv series "Cheers".   To see the sites in Boston, you can get around town on the Massachusetts Bay Transportation Authority.  Norwegian's Charlottetown, Prince Edward Island cruise will take you to the town's red sandy beaches.  Your Bar Harbor cruise will include the stunning coastal town with its numerous yachts and lobster boats.  Your Saint John, New Brunswick cruise will take you along the beautiful Bay of Fundy.  Your voyage isn't complete without a cruise to Martha's Vineyard which is a popular summer colony.  Another cool thing to see is the Alexander Graham Bell Museum in Sydney, Nova Scotia.  Another great stop on your Norwegian cruise will be St. John's, Newfoundland, a quaint fishing village.
​
Passenger safety is at the forefront of their cruises.  They deliver a vacation experience that is packed with fun and excitement, and excellent attentive service.
​
Here are just a few of the great things they offer:
Their Canada and New England cruises are currently operated by the following ships: 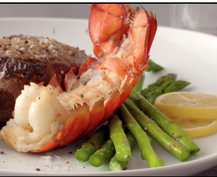 Norwegian Cruise Line eats, sleeps, and breathes food!  The offer some of the best dining experiences at sea and they are truly of work of art.

As the first cruise line to introduce "Flexible Dining", you can dine when you want, where you want, and with whomever you want.  Dress up or dress down, the choice is yours! ​There is so much to see and do aboard the Norwegian Cruise Line ships.  Whether it's their Broadway shows, live music, casino play, comedy shows, and more!  There is something for every appetite so prepare yourself to be entertained! ​Whether it's a scenic drive to Peggy's Cove in Nova Scotia, or watch the leaves turn in the picturesque town of Bar Harbor, there are numerous shore excursion options on Norwegian Cruise Line.  Take in a lobster bake, the homes from the Gilded Age, to the old brownstones in Boston, you will have a fantastic time exploring each destination along your cruise to the beautiful and picturesque New England and Canada coastline.

At NCL they offer two simple price models: the base fare that is available in all stateroom categories and already includes a variety of services as your accommodation, meals in the main dining rooms, snack- and buffet restaurants, most entertainment, numerous onboard activities, as well as all government fees and port taxes.  Additionally, guests traveling in Studios, Inside, Oceanview and Balcony Staterooms as well as Mini-Suites can upgrade their cruise to the "Free at Sea" offer for an additional charge.  See www. ncl.eu/free-at-sea for further details.

​Norwegian Cruise Lines deck plans are the property of Norwegian Cruise Lines.  All deck layouts are for informational purposes only and NewEnglandCruising.com is not responsible for their accuracy.
Norwegian Bliss
​Gross tonnage of 145,655, guest capacity of 3,963, built in the year 2013 and refurbished in 2018 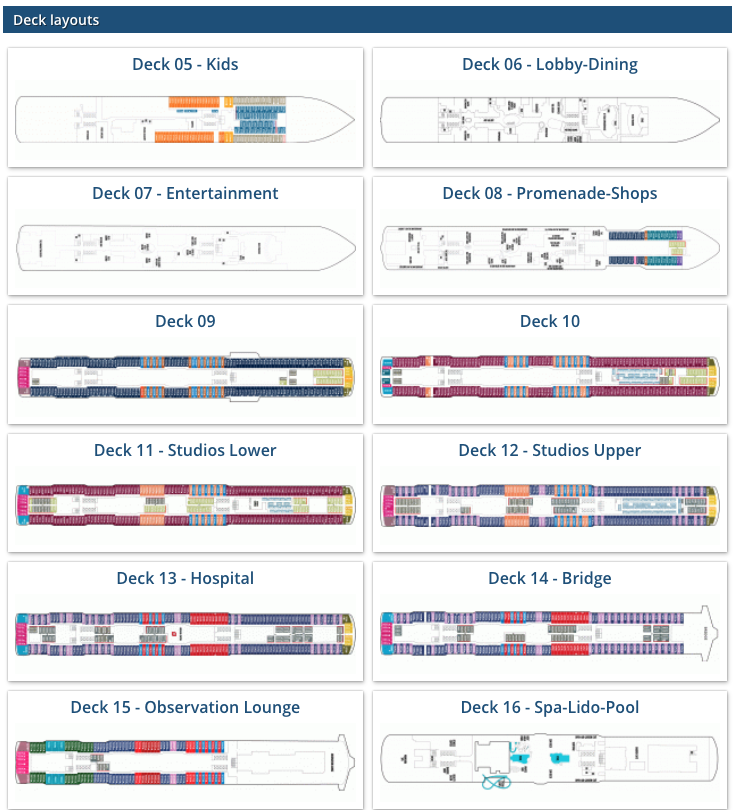 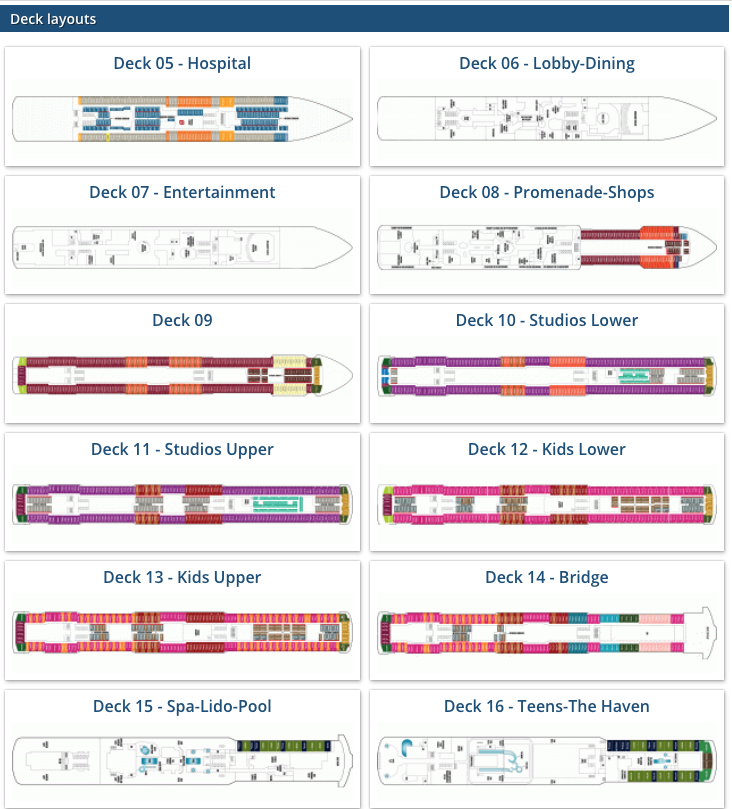 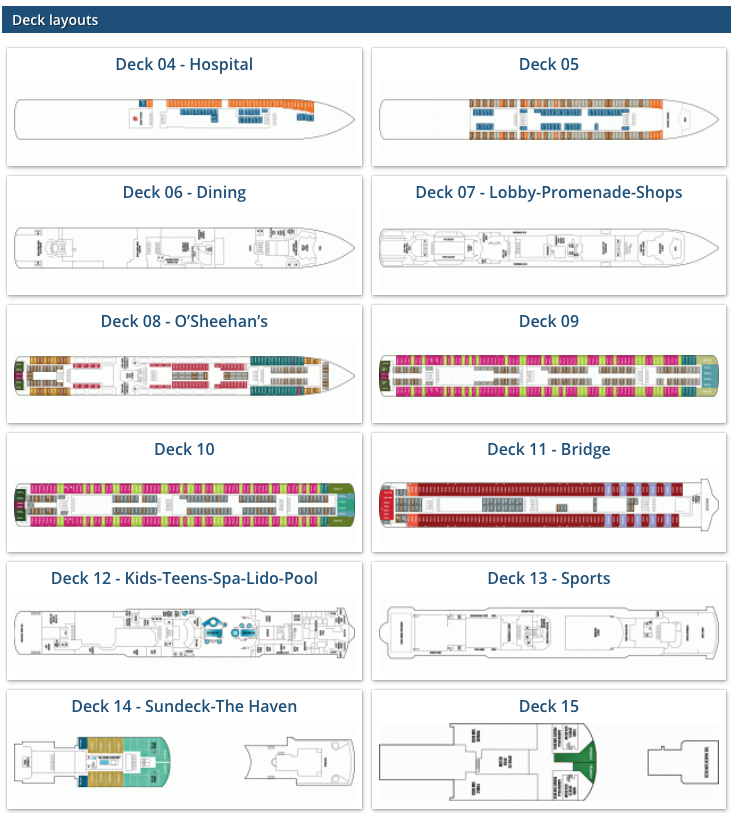 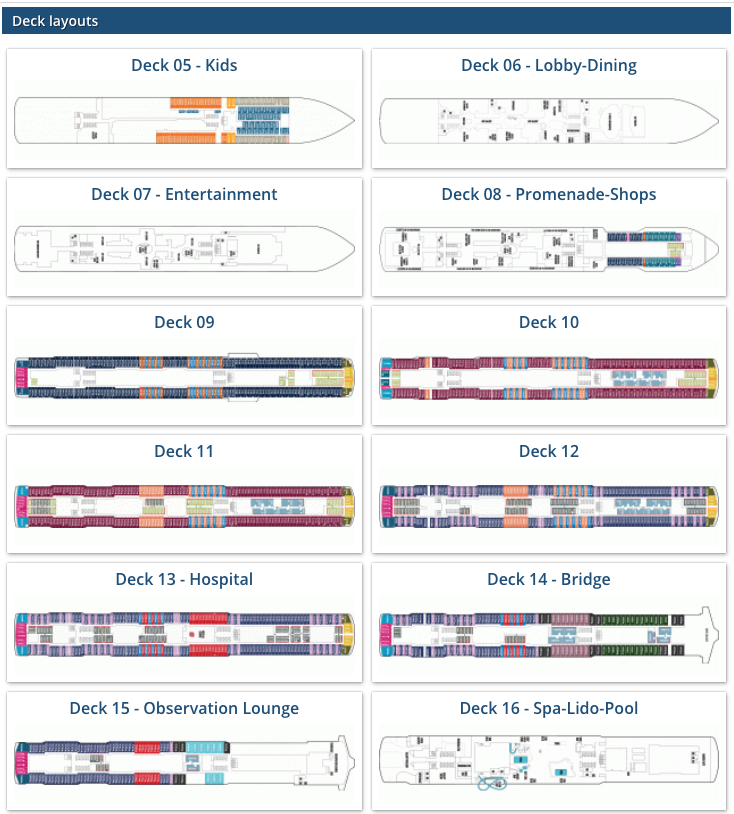 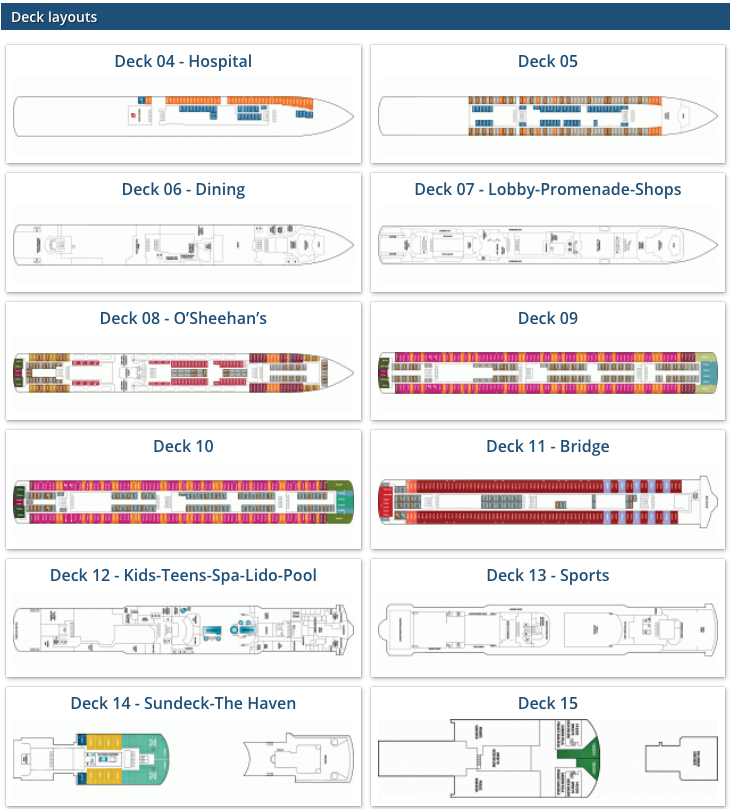