Contrary to popular belief, Provincetown, or "P-Town" as the locals call it, was first discovered in when the Mayflower landed there 400+ years ago.  Many of the locals claim the town is actually haunted due to a ghost train that they hear howling through the town periodically.  The town is home to many ghosts stories about Pilgrims, pirates, and more.

Only 10% of the people who visit the Pilgrim Monument even realize the Pilgrim’s were the first to discover Provincetown rather than Plymouth.
The town has a rich history of whaling of Minke, Humpback, and Long-Finned Pilot Whales.

Since the town only has an annual population of around 3,000, many of the locals work 2-4 jobs during the summer months.
The town only has one traffic light and it’s located on Route 6 and Race Point Road.

The town has a huge obsession with gardens.  From hydrangea to English roses, the smells and sights of these gardens are heavenly.  If you have time, check out the B-Street Garden as well.

The town also had homes called “Floaters” that were located across the harbor in 1818.  That area dried up and so the homes were floated to the other side and you can spot them because they have a blue boat plaque on some of the buildings on the West End of town.

A really neat and interesting fact about the town is when it rains, Commercial Street actually absorbs the water in order to prevent erosion since Provincetown is built on sand.  A two mile tall glacier melted about 25,000 years ago.  This ice sheet called Laurentide advanced and then retreated which caused a rise in the sea level.  It pushed up rock and deposits thus creating the cape.  Unfortunately, the Cape is under constant threat due to its high rate of erosion.

​Things to do in Provincetown, MA 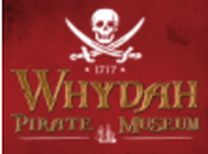 ​Whydah Pirate Museum
Provincetown has some cool attractions, but one we think is especially neat is the Whydah Pirate Museum.  Whydah was wrecked off the Wellfleet in 1717 and she took her treasure of fifty plundered ships with her.

​Get to know Provincetown, Massachusetts