Boston is the most populous city in Massachusetts, and the 21st most populous in the United States.  Boston is also the capital of the Commonwealth of Massachusetts and it is one of the most historical cities in the U.S.   Boston was named after a town in England due to many of the early settlers being from Boston, England.

The city has 23 very different neighborhoods like the beautiful brownstones of Beacon Hill and South End.  The Fig Newton is named after a Boston suburb Newton, Massachusetts.  Boston has a lot of great bars like the famous bar "Cheers".   "Happy Hours" are against the law in Boston.  It is also best known for baked beans, The Boston Marathon, and Fenway Park.  Fenway Park has a patent on the the shade of green the park is painted in.

The Port of Boston is a major seaport location for cruise ships and it is the primary port on the east coast of the United States.
​
The first U.S. chocolate factory was born in Boston in the neighborhood of Dorchester.

The Boston Massacre which happened on March 5, 1770, was a disagreement between the British troops and a crowd of people in Boston.  It lead to the dislike of the British regime throughout most of North America prior to the American Revolution.

On January 15, 1919, 2 million gallons of molasses broke loose from a storage tank and it sent a large wave of hot syrupy substance through the north end of Boston.  It killed 21 people and horses and more than 100 others were injured.  It was the worst accident in history for a molasses related incident.

The One Fund Boston

After the April 15, 2013 bombing at the Boston Marathon, the mayor of Boston, Tom Menino, and the governor of Massachusetts, Deval Patrick, established The One Fund. The purpose of the fund was to aid victims of the bombing. Several crowd funding campaigns came together to support the fund, along with the Boston Strong concert, which generated nearly $70 million in donations.

Things to do in Boston

BOSTON TEA PARTY SHIP & MUSEUM
Was voted #1 “Best Patriotic Attraction” by USA Today.  The Boston Tea Party Ships & Museum is a great way to take in some American history when you're in Boston.  The reenactment of the famous Boston Tea Party which had a monumental affect on the course of our history.  There are live actors, a full scale replica of a 18th century sailing vessel. 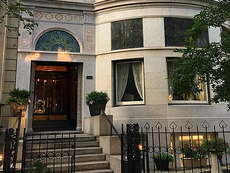 ​AYER MANSION
One of the best excursions you will find in Boston is the Ayer Mansion which is one of Boston's Tiffany Treasures and a National Historic Landmark.  Around the year 1900, Frederick Ayer and his wife Ellen Banning Ayer commissioned artist Louis Comfort Tiffany and architect AJ manning to design an Art Nouveau Mansion on the upper side of Commonwealth Avenue of Boston.  It's a grand home you won't want to miss!

Get to Know Boston, Massachusetts