Located on the north shore of Pointe-aux-Esquimaux (Eskimo Point), is the Saint Lawrence River town of Havre Saint Pierre, Quebec.  This small town is surrounded by rivers, the Saint Lawrence being the biggest, the Romaine River, the Manitou River, I’lle du Havre, and Anticosti Island are the others.  Havre Saint Pierre was the largest town on the North Shore until 1936 when it was surpassed by Baie-Comeau just a few miles down the river.  The land in Havre Saint Pierre was originally settled on Eskimo Point in 1857 by a several Acadian families from the Magdalen Islands and had been deported from Savannah, GA.

The town is also well known for its outstanding fishing.  A days haul will include snow crab, lobster, scallops, salmon, and trout.  Another vibrant industry that contributes significantly to the town is tourism.  The area is noted for its unique variety of flora and fauna like the rare Mingan Thistle, puffins, and monoliths. ​

The biggest employer in the region is the city’s hospital.  Due to the town’s location to the only titanium mine in Canada, the Quebec Iron and Titanium Company also supply a large number of jobs to the area as well.    Additionally, the Chemin de fer de la Riviera Romaine transports the mines deposits making to Havre-Saint-Pierre by rail cars.

One of the must sees for cruise passengers in the area is the Mingan Archipelago National Park Reserve of Canada.  You will get there by taking a boat tour from the cruise terminal marina.  Because the tours can sell out quickly, it is encouraged that you book your tour in advance.   Check with the pursers desk aboard your respective ship.   Another must see activity for visitor’s arriving by cruise ship, it the Inuit Cultural Center at Ekuanitshit. ​

​Things to do in Havre Saint Pierre, QC 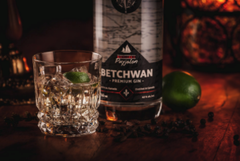 ​Puyjalon Distillery
If you’re looking for something different when your cruise ship docks in Havre Saint Pierre, check out the Puyjalon Distillery.  Get a taste of the great local flavors of the North Shore of the Gulf of St. Lawrence.